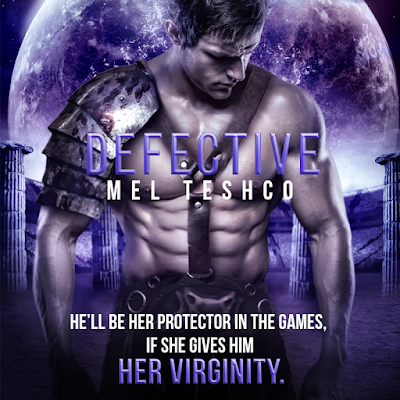 I'll be sharing one of my teasers every week leading up to the release of Defective (The Virgin Hunt Games) releasing March 18th through Entangled Publishing. I'll attach the pre-order buy links when they go up in a few days :)
Ps - isn't the cover gorgeous!?? :) 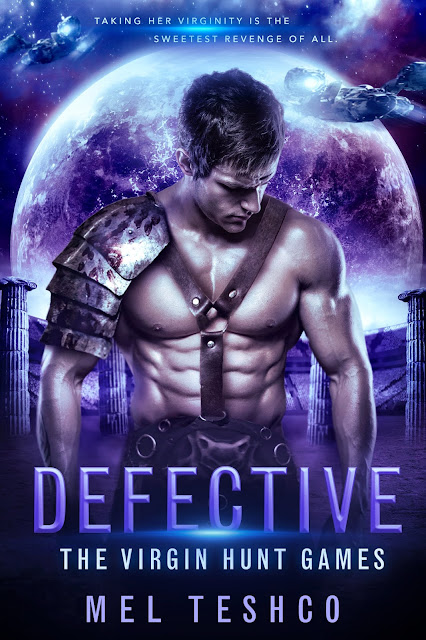 EARTH, YEAR 2324
Melody Simmons desperately needs to fill her bank accounts with credits that could help her family climb out of near poverty. And in the Virgin Hunt Games, that means enticing as many hunters as possible to bed her. The downside? Billions of viewers from all parts of the galaxy would be watching her fall from virtue with avid interest.
Alien Damon Banscott despises everything about the Virgin Hunt Games. Except the fact he can now legally destroy his enemy in the games. He is in this only for revenge. Then Damon sees one of the beautiful hunted and, for a moment, his heart stops beating. He’ll fight to the death before allowing another hunter to touch and deflower Melody.
But while the hunters get more credits by pleasing their captive mate sexually, the hunted women received more by finding their pleasure with any of the hunters who weren’t their assigned mate. 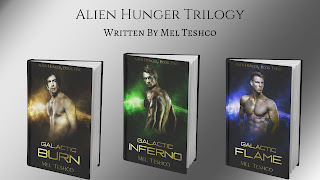